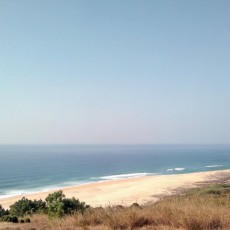 These days, sunny with a light fresh salty breeze blowing from the Atlantic, when the giants are sleeping, Praia do Norte, Nazaré, is a great place for sunbathing and surfing small fun waves all the way during summer.

BUT if Neptun awakes from summer sleep and is waving his trident, summoning stormy season, you can wittness 20m high water mountains moving towards the coastline of Nazare, Portugal, apparently the spot producing the biggest ever ridden wave in the world. When the forecast is right, big wave surfers from all over the world, lead by Hawaiian big wave legend Garret McNamara, fly in and gather in the picturuesque little former fisher village Nazare.

It is hard to believe what is happening on one of these days, unless you see it with your own eyes and feel the earth trembling, when one of those 20m water giants collapse. 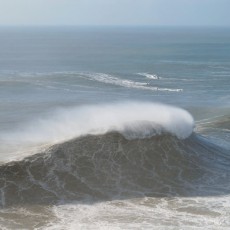 Beauty and the beast

McNamara discovered this portuguese big wave spot a couple of years ago and ever since this extraordinary potential wave drew special attention of the big wave surfing community. The reason why the worlds biggest wave can be found just in front of the European coast Portugal lies within a specific ocean floor formation. An underwater canyon forms some kind of funnel and amplifies the waves by squeezing the water masses up to escape the naturual obstacle.

Back in 2011 Garett McNamara set the record for the worlds biggest ever ridden wave until then at 23.8m. Ever since, every year during winter season, between November and February – its on – and brave (and a bit insane) athletes are successfull in topping this benchmark.

Last year, Andrew Cotton took on a wave of 27m but got (b)eaten by the (Tsunami-like) whitewater just before he could get away and have the jetski pull him out to the safe zones. Save but brave! 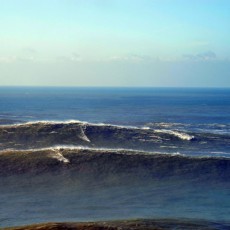 At December 11th, 2014 the forcast was promising and it was going to be day with the biggest waves produces so far. Benjamin Sanches probably win the wipeoutof the year at the Billabong XXL Big Wave Awards.

That day with him, next to other water heroes, were also Garett McNamara, surfer legend Ross Clark-Jones, Hugo Vau, german hellman Sebastian Steudtner and Eric Ribiere, who towed Benjamin into the monster, presumably the biggest wave ever (tried to) ridden in the history of surfing.

That day was absolutely amazing! Next time there is a 8m swell aproaching with light offshore winds, I will be there!! 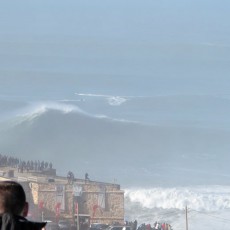 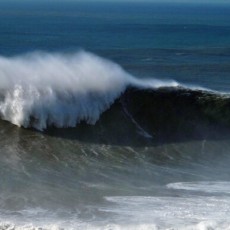 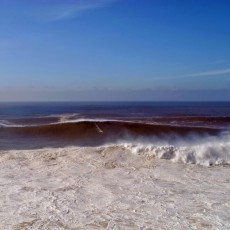 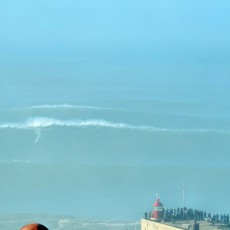 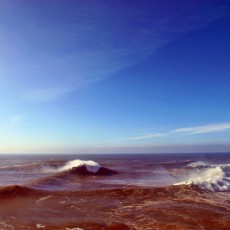 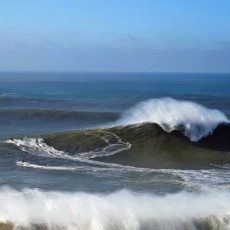 Check out the breathtaking footage of that day provided by Billabong Adventure Division Team of this legendary day:

This site uses Akismet to reduce spam. Learn how your comment data is processed.